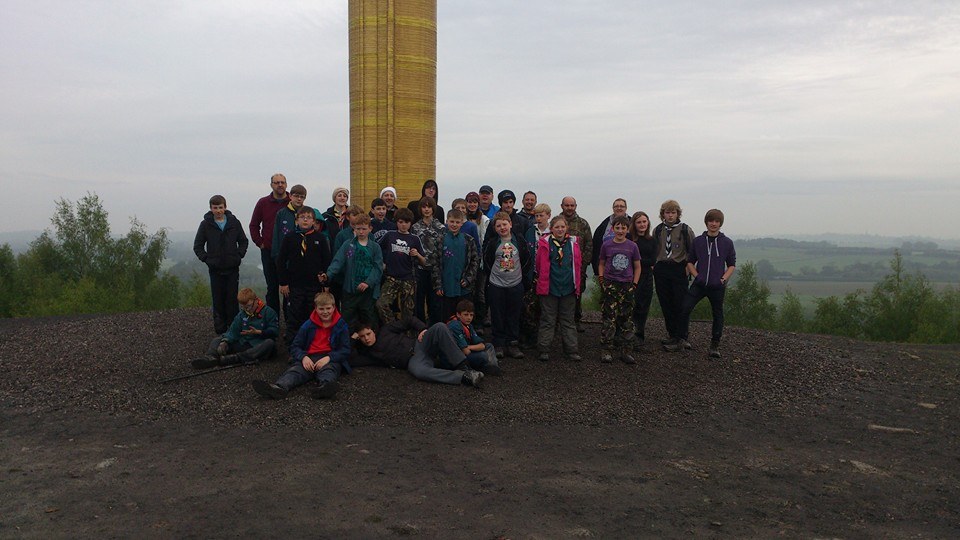 Many people thought we were nuts when we said that we were ascending the 99,901m , equivalent to walking the vertical ascent into space; there were even times when we thought it ourselves. But we kept our resolve and began the challenge to raise money for our new Group HQ building.

Scouts took the longest shift, the 12hours between 7pm on the 23rd May, until 7am the following morning. All night the scouts and leaders and a couple of parents walked up and down the old spoil heap. We had to fight off tiredness and for many, push through the pain barrier to carry on and reach the 49.95km halfway point. The scout section actually passed the halfway point and ascended 54.72 km. As soon as darkness fell we had no choice but to stop ascending the short, but steep slope as it was too dangerous in the dark. Instead we had to use the much longer path that spiralled around the heap, meaning we walked about 4 times the distance.

At 2.00am and 3.00am many of the scouts were feeling the tiredness and succumbed to taking a short nap in the tents we had pitched at the bottom. But some carried on with the leaders, who kept a pace all through the night.

At 4.45am the short route was reopened and we began to push the numbers up more quickly once more, making the Scout total 1710 ascents (and descents, although only they didnt count toward the total.).

At 7am the cubs arrived and took over from the Scout section, and with them came the rain. In fact rain didnt come close to describing the deluge that came from the skies. Although the weather was against them, the 8-10 year olds, their leaders and some parents grit their teeth and marched on, rattling the total ascents higher. 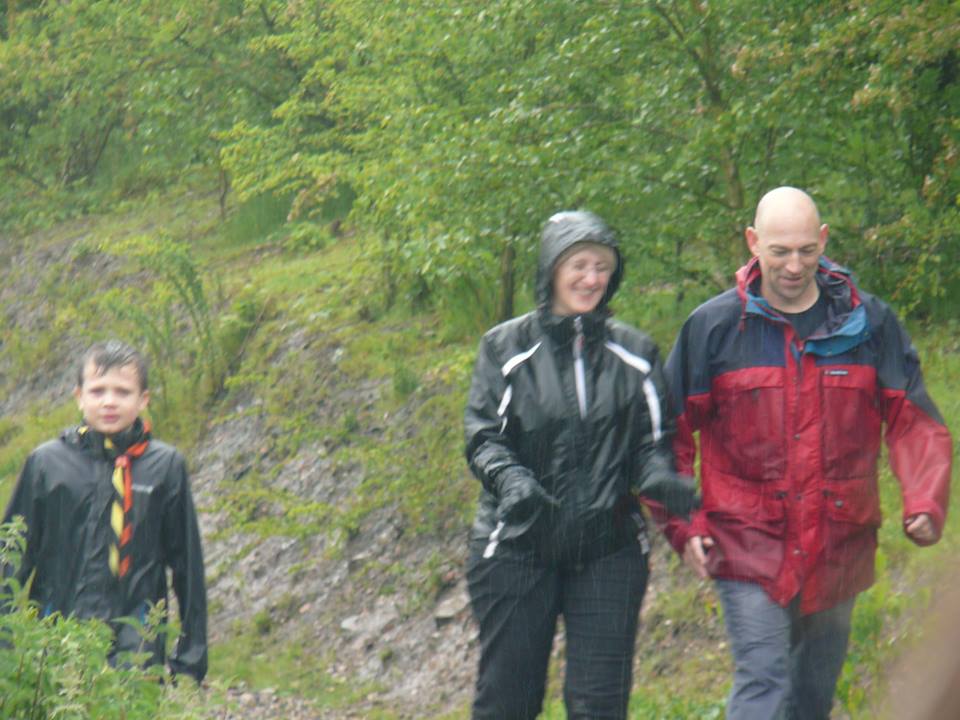 By the time the beavers arrived at 1.00pm to take up the final shift on the hill, the cubs had rattled up 960 ascents, climbing a further 30.2km into the stratosphere. This brought our total to 2670 ascents and a height of 84.74km

The weather had detered many of the youngest section, the beavers who are just 6-8 years old. These plucky youngsters had the final 15.161km to go, and although they were few, them, their parents and leaders pushed on. Some leaders who had walked all night came back to do some more  and help the beavers out and gradually chip away at the ascent. 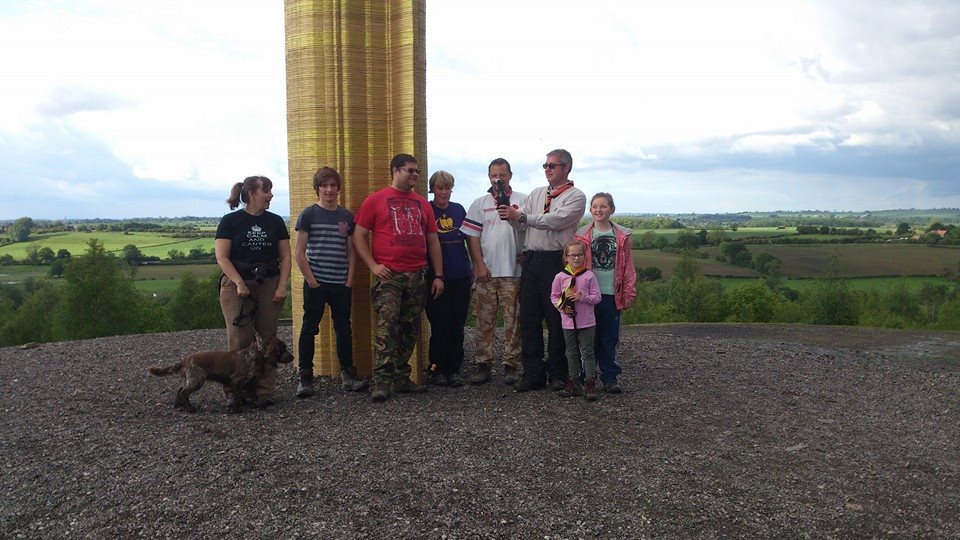 At 6.07pm we reached the edge of our atmosphere, in fact we went 128m into space. Thanks to the determination of the 50+ young people, parents and leaders we got there, and in just 23 hours and 7 minutes!

Steve Smith Assistant Beaver Leader had set himself a goal to walk for the full 24 hours, a challenge which even the most accomplished walkers in the group would not attempt. At 7.00pm he started the monumental challenge with 15yr old Andrew Feeney and 15yr old Jack Mason joining him in the 24hour challenge. The three took the hill, setting their pace with 12 year old Scout Ewan Etheridge joining them for the 12hour shift. 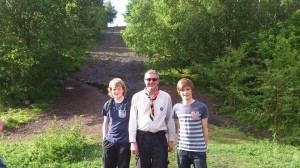 At the end of the challenge the rain was rolling in again, the thunder and lightning giving us a ’21 gun salute’ before soaking us to the skin once again as we packed the tents away. Although as the thunder was rolling in Steve celebrated his personal victory by popping the cork on a bottle of fizz at the top of the ‘mountain’. 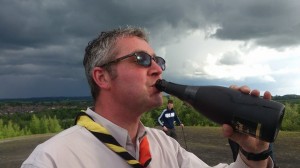