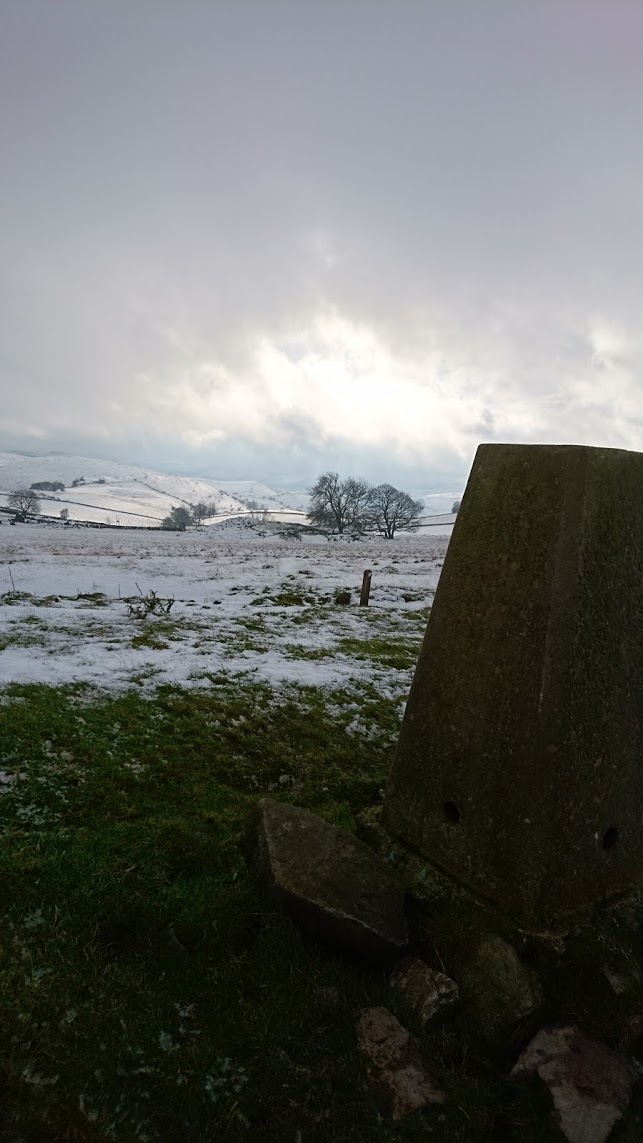 Friday 24th November 2017 saw 26 Scouts, one Young Leader and 7 leaders head off to Consall Scout Campsite on the edge of the Peak District to complete this year’s Expedition Challenge.

The challenge this year was to explore the Ecton Hill area for it’s rich mining history. A very important mining hill that had been worked for around 3000 years, and had produced profits to build some significant architecture around Derbyshire and the UK.

After a short journey of an hour and a half the Scouts arrived safely on site and quickly unloaded their kit and food and settled into the Gibson building, with all of the boys in one bunkroom, the girls in a smaller one and the leaders in the smallest. The building was pleasantly warm thanks to the warden who had put the heating on for us earlier that afternoon.

After a quick supper of Hot Dogs and Hot chocolate the Scouts got to work planning their routes for the next day’s hiking on Ecton Hill a 30 minute drive from Consall.
Saturday’s task was to explore the surface of the hill and gather as much information and evidence of mining on the hill.

After planning their routes to their walking group leader’s satisfaction the Scouts headed off to bed around 11.00pm to get some sleep, ready for an early saturday start.

Leaders woke early to get breakfast started, instead of the drizzle that had been forecast we awoke to find a covering of snow, and it was still snowing heavily. Once the Scouts woke to find snow the excitement levels rose considerably. After the arrival on site of the warden, who informed us that there was around 3 inches on the roads the leaders sat down to breakfast consulting the maps with a few furrowed foreheads. The car park at the south of Ecton Hill we had planned to use was in a valley and we didn’t feel it was a good idea to take the collection of vehicles down some steep roads to the start point, for all we knew it could keep snowing all day and leave us stuck at river level with hills to climb in each direction.

The decision was made to park in the car park at Hulme End at the north end of the hil, although we still had hills to descend, at least the roads were major routes and should be clear.

Upon arrival at the car park leaders had a little fun with the pay and display machine that was very hit and miss whether it accepted your coins or not.

Finally once we had all paid for our parking tickets we assembled the 4 groups of Scouts and outlined a route south along the manifold way to Ecton hill. Instead of following the original planned routes, Scouts had to navigate their chosen routes on the fly, really testing their navigation skills.

Ken and Cian lead one group, Steve and Rachael the second, Sam and Andrew the third and finally Justin and Mark lead the fourth. Each of the groups chose different routes once at Ecton Hill, some choosing to navigate around the hill before ascending, with others choosing a steep climb straight up onto the hill.

Scouts did manage to sucessfully discover many of the historic features on the hill, the winding house, the powder hut and many disused mine shafts, tunnels and workings under the 5 inches of snow that had now accumulated on the summit. Each group discovered different features on the hill, before finding a sheltered place to stop for lunch out of the biting cold wind. Even then it was a cold lunch, with temperatures not rising above -1°C all day, and the wind chill on the ridge of around -16°C.

After lunch the groups started to head out on their final leg of the hikes before starting to head back to the carpark for 3pm, ensuring they were off the hill in plenty of time before dark.

Once back at the car park we were quite relieved to have some heat from the car, minibus and van heaters for the short drive back to Consall.

Scouts then just chilled out for the rest of the day and the evening, enjoying the warmth of the building listen to the rugby on the radio and the various conversations about the day’s walking and the comedy moments.

Sunday saw another early start, with Scouts packing their kit, cleaning the dorms and loading it into the van ready to leave the site. After breakfast and a final push to be ready we were off, leaving the site at 9.15am heading back to Ecton Hill. But instead of hiking, this time it was for a visit to the Ecton Hill Mine Field Studies Centre. Upon arrival we were met by one of the team and led up through the dressing floors to the centre.

The Scouts were split into 3 groups, to each take turns at the 3 activities; looking at the chemistry involved in making black powder copper plating nails and testing for the prescence of copper in rock samples. To learn and try out the separation techniques used to refine the copper ore from the worthless rock which would have been used in the 19th Century; and finally a tour of the mine itself descending along Salt’s level to the copper tube, an incredible feat of engineering with very limited hand tools and explosive charges.

After around 3 hours at the centre we headed back down to where we had parked and ate lunch and ate one of the Scout’s birthday cake next to an old disused creamery in the cold and drizzle; before getting everyone loaded for the hour and half drive back home.

Everyone had a great weekend, learning lots about the mine, honing their navigation skills and first hand experience of how unpredictable the weather can be, and what to do when it does.